Natural resources of West Aceh district is relatively adequate for geographical position of this district has a total area of ​​the ocean and the land is quite good because it has the potential of natural resources.

Fishery
Marine fisheries production in West Aceh mencapai16.863, its 03 tons per year. Sustainable level of living fish populations from the shoreline to 12 mph this region each year is estimated at 68810.6 tonnes while the ocean 12 miles to 200 miles EEZ population level is estimated to 19907.3 tonnes of pelagic fish and fish domensial estimated 14 598 tonnes. West Aceh is also producer of farmed fish, including shrimp and crabs. Tilapia is a popular species of fish from fish farmers in West Aceh, because it was becoming known as one kind of fish are delicious to eat. Pond fish production is 8.80 tons with total area of ​​114.30 hectares and Fish Swimming 27.70 tons with total area of ​​36.55 ha

Long weekend is a long-awaited moment a lot of people to eliminate the tired routines leave for a moment to re-create the body and mind become fresh. No wonder many people are taking ration coupled with the long holiday sabbatical in order to enjoy a longer holiday.

The tradition of the people of Indonesia for homecoming (returning home) is ingrained throughout the region. not only Javanese people who do it, but almost all areas even for people who wander out Indonesai negeripun do. Given the current density at each ahead of the holiday homecoming danjang, the travelers is difficult to get tickets according to what he wanted. Although no price has doubled. ticket agents and travel companies are considered as the party raise the price. Tiketpun brokers do not miss these opportunities to reap the benefits.

Actually the government has issued regulations regarding the upper limit and lower limit for airfare, bus or other transportation back and forth. But the fact remains there is an increase in field tickets that go beyond the specified limits. For airline companies usually abide by the rules that have been set by the government, but often there are several elements which cooperate with ticket scalpers ticket that causes a rare and people are forced to buy through brokers that cost far more expensive than listed on the ticket.

TIP: To Which Will Vacation
Based on my experience and also my friend's friends, there are a few tips that might be useful for you all:
1. Plan your holiday from the far-distant day. eg for a plane ticket Eid, a year before D-day tickets usually can already be booked. Be careful in determining the date of departure if you will be buying tickets promo, promo tickets because usually it will be difficult if you have to do flight schedule changes. executive for train tickets and tickets are already sold 40 business days prior to departure and economic train one week before the day of departure.
2. Prepare your luggage to be brought. Bring items that you really need it. the more goods you bring you will be more troublesome and also passengers. Separate place your personal items in places easily accessible. such drugs should not be included into the trunk, because if you suddenly need it will be hard to pick it up.
3. Bring cash as needed. bring the money in the form of an ATM card or other shopping cards are safer than carrying cash in large numbers.
4. Avoid striking appearance and Nudity. Wearing sexy clothing, flashy jewelry that will invite crime.
5. If not get a ticket, your trip should be postponed. Do not buy tickets at brokers or in a place that is not official if it is not very forced at all.
Diposting oleh Tatan di 08.03 6 komentar 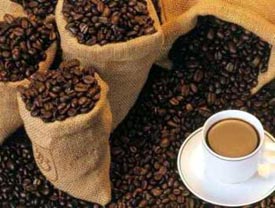 What do you think if you hear about Givet Coffee or Luwak coffee? Will you be my think about coffee with special coffee taste. Luwak coffee verry famous in the word because of the taste. The price of Civet Coffee is verry expensive, but the price is worth a taste. So what do you think if you hear about Civet Coffee with min flavors?
As at the posting in the forum detik.com (http://forum.detik.com/wow-ada-kopi-luwak-rasa-mint-t290308.html) that in West Lampung is developing Luwak coffee mint flavors. With the development of civet coffee variant is expected to increase the attractiveness of West Lampung as a tourist destination in the province of Lampung.


Luwak coffee with mint flavour is a new variant of coffee flavor, Luwak coffee ment flavour-making ideas into a strategic move to boost sales of these products luwak coffee. Variations Luwak coffee products in West Lampung will impact on employers' economic improvement, other than that of the new product will add to the diversity of processed coffee products. ( Gunawan (38), luwak coffee entrepreneur from Way, Kecamatan Balik bukit, Lampung Barat, in Liwa


West Lampung is the largest coffee producing areas in Lampung Province. For half of the coffee region were developed as the main livelihood of local masyarat.